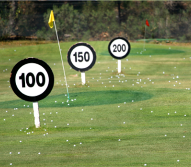 In this week’s pro tip, local pro Jason Rudolph, explains why and how to practice a critical part of the short game. If you want to shoot lower scores and practice like a pro, then read on.

A typically under-estimated part of every golfer’s game is the short game. Practiced ability in pitching, chipping and putting is what always separates decent players from the really good players. After spending over five years at Torrey Pines Golf Course watching and talking to numerous PGA Tour players, I can say that this is the one area of their game that they work on the most. The best comment I have ever heard from a tour player was from David Duval. A reporter asked him why he spends so much time around the greens. His comment was “I can hit the driver just fine, but from 100 yards and in is where I will win or lose a tournament” 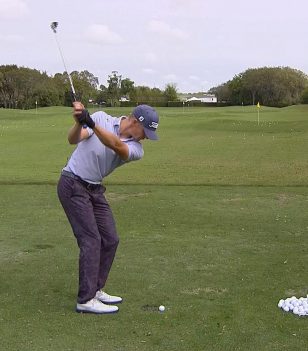 If you want to improve your game and start shooting lower scores, work on this area of your game. One way I practice pitch shots at different yardages is to set targets. Starting at 25 yards, I’ll lay down a small towel on the ground. Then I will go about every 15 yards and put another target out until I have six targets on the ground from 25 to 100 yards. When I start hitting, I will take aim first at the 25 yard mark and work my way up to 100 yards, hitting about 25 balls at each target. Some of you may not have time to hit that many balls during a typical practice session, so perhaps you can start at 10 balls to each target. Another challenge could be that you just cannot run out on the range (and into the line of fire) to set targets if there are other golfers on the range. If that’s the case, try to find other targets at varying distances, like a drain, the edge of the teeing ground, a brown patch of grass. A laser range finder works well for this drill whether you are setting out towels or finding existing targets to use.

Make sure you use proper technique for pitching and make note of how many balls you put on or near your targets. If you start using a routine like this and do purposeful and deliberate practice, you will hit more greens and find you have a lot more makeable putts after shots from 100 yards and in – and that, will lead to lower scores. Of course, this drill only covers part of the short game. Don’t forget to spend time practicing chipping and putting too.