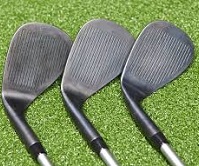 They are the unsung heroes.
You can drive for show and putt for dough and stick the irons all you’d like.
Truth is, the wedge is arguably the most valuable club in the bag, used in a variety of situations ranging from necessary bailout to setting up a much-needed birdie to rescuing from bunkers and thick rough or saving a round-altering par.

And this crop of wedges is grooved and grinded and milled in dozens of manners, creating for a smorgasbord of customizations tailored specifically to whatever type of game each golfer players. There are wedges for swings steep and shallow, for diggers and pickers, for bunkers and deep rough, fairways and fringe. 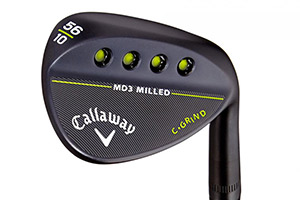 In a word, the Callaway MD3 can be described as groovy. Not in the Austin Powers sense, but in the sense that this wedge features three different types of grooves for three different lofts. The lower lofts feature more narrow grooves, while the middle lofts have steeper grooves to create spin on full swings, should you need one, and the highest lofts – think 56-60 degrees – are wide grooves to give you feel around the green.

Beyond the grooves, too, are what Callaway is calling three separate “grinds.” There is the “W-Grind” which is supposedly ideal for softer conditions, bunkers, or for players with steeper swings.
The “S-Grind” is, as Callaway states, “great for a wide range of conditions, shot types, and swings.” When in doubt, it seems, go for the “S-Grind.”

Last, there’s the “C-Grind,” which is the counter to the W. It’s made for firmer conditions and a variety of shots, whether it be opening the face for a little extra loft or closing it for a punch-and-run with some spin. 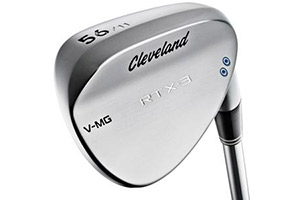 No wedge list could be complete without an appearance from Cleveland, that bastion of short-game necessities. No company has dominated the wedge game like Cleveland, and its latest edition, the RTX-3, is another in a long line of fine short-game tools.

Consistency is key when it comes to touch around the greens, and Cleveland focused on manufacturing a club that produces consistent spin, distance and feel, doing so by moving the balance closer to the heel. Nine grams were removed from the hosel and redistributed to the head of the club, which shifted the center of gravity more towards the middle of the clubface.

As for the club’s eponym, the “Rotex” face – hence, the RTX – it is in its third generation, and Cleveland has rolled out a new micro-milling pattern, which it claims optimizes spin performance, not just in volume of spin but in its consistency as well.

Aside from Callaway’s Mack Daddy wedge, Ping may have the best name of the lot with the Glide. It has similar features to both the MT3 and the RTX, namely in that it offers multiple grooves and sole options, only in even more abundance than its two competitors.

The grooves have sharper edges, an improvement from the original Glide to the Glide 2.0, which produces more spin – reportedly up to 400 rpm. Generally, more spin is favorable to those who like putting a little finesse on the ball, and if spin is something you enjoy as a player, the Glide may be the wedge to put in the bag.

What differentiates the Glide from most other wedges not named Vokey is that it offers four grinds as opposed to three or even two.

Players can opt for the “SS Grind” which Ping describes as “ideal for moderate attack angles and divots. Fits most golfers.” It is, simply, Ping’s one size fits all grind.

Then there is the WS, TS, and ES grinds. The WS is catered to steep swingers, the TS for the shot-makers, and the ES for optimal bunker performance. Given that menu, it might not be the worst idea to carry a few different grinds. 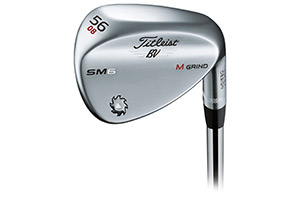 The Vokey series has been around seemingly as long as wedges themselves. The eponym of wedge guru Bob Vokey, this has been Titleist’s bread and butter when it comes to short game tools.
How much the Vokeys can continue to be improved is tough to say, but Titleist claims it has advanced its wedge game, improving in “precise distance gapping, shot versatility and maximum spin.”

One of the originals in spin-milled grooves, the SM6 features a new parallel face structure, which supposedly produces a sharper, more consistent edge in the grooves.

There is, per usual, a wedge for every type of golfer in the Vokey arsenal. 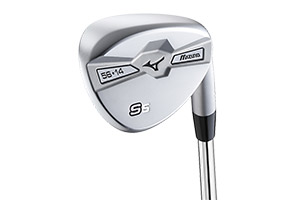 The first thought that comes to mind when standing over the S5 is, simply, round. Unlike the S4, the latest in the Mizuno wedges is a little larger, significantly rounder, and therefore more forgiving.

This is a wedge with mass appeal, as the size and forgiveness will find a market for high-handicappers, but let us not forget that this is a Mizuno club – the elite ranks can use it quite well, too.

There are up to 15 – 15! – different lofts, enough to make even Phil Mickelson, the man of many wedges, raise an eyebrow. Adding to the customization options are five grinds and grooves that fit each loft.

It’s a complicated way of saying that the S5 – however many of them you’d like in your bag – will be a fit for virtually all distances and circumstances in which you’d typically pull out a wedge.